What significance does agility have in digitalization? 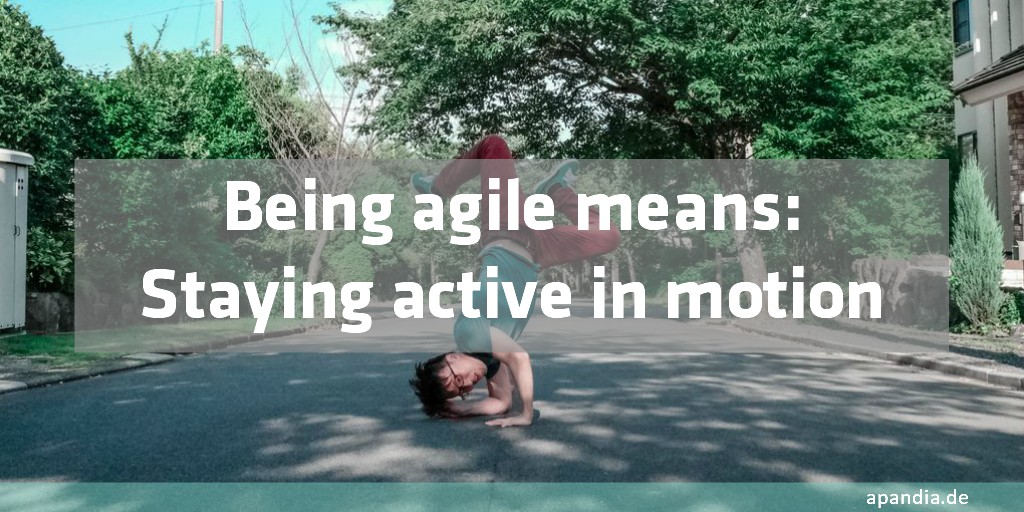 Two frequently used buzzwords on current events of the day, relating to corporate development, are „agile“ and „digitalization“. Can the future of a company be based on such pillars or is it a current bubble that will burst and everything is going as usual?

Honestly, we are not really dealing with new insights. The term agility has been around since the 16th century and what we associate with digitization begins in 1980 at the latest, with the introduction of the first audio CD. So why are these terms taken out of the moths box and beaten around our ears?

Before answering this question, I would like to give you two examples from the past that illustrate the whole thing.

A long time ago …

I remember a case in the mid-1990s. Computer terminals were currently directly connected to the servers and networks were only just beginning to spread on the market. Standard software for companies was only just being developed. Individual software, tailored to the customer’s requirements and processes, was the rule.

At one of our customers, about 5% of the employees should work with Word. To achieve this, the entire infrastructure was converted to Novell Network and all workstations were equipped with PCs. They received a terminal emulation software to continue using the existing application.

Over time, the employees discovered the added value of floppy disk drives. It was wonderful to install games. Who does not remember Leisure Suit Larry, The Need for Speed or Caesar.
The consequence: the floppy disk drives have all been removed, with a few exceptions. What ultimately remained over? A normal terminal workstation, with its own computer and operating system. This generation of PCs has never used the functionality of a network, but it has taken all the failures that a network could have at the time.

As early as the mid-1990s, the company had an employee who is now called CDO (Chief Digital Officer). The business model was very special. Together with CDO and employees, processes were redefined and the software was tailored to fit the needs of the purchasing, production and costing departments as well as sales and commission settlement. The company was well positioned and growing.

When the owners sold the company to a holding company for reasons of age, the standard software was introduced to consolidate it. The CDO and the management were close to tears when they were allowed to press their individual processes into a common standard. Production and costing were „integrated“ by means of Excel and Access. It works, doesn’t it?

What do these examples have to do with agile digitalization?

Digitalization is quite clear. Both examples are hardware- and software-based cases. It only becomes interesting when you bring agility into the game.

The following, apt german definition can be found on www.onpulson.de:

Agility is the ability of an organization to act flexibly, actively, adaptably and with initiative in times of change and uncertainty. […] Agility arose in response to slow, bureaucratic organizations to address changing market conditions.

The agile manifesto, as the lowest common denominator, could also be applied to companies as follows and offers an orientation anchor: 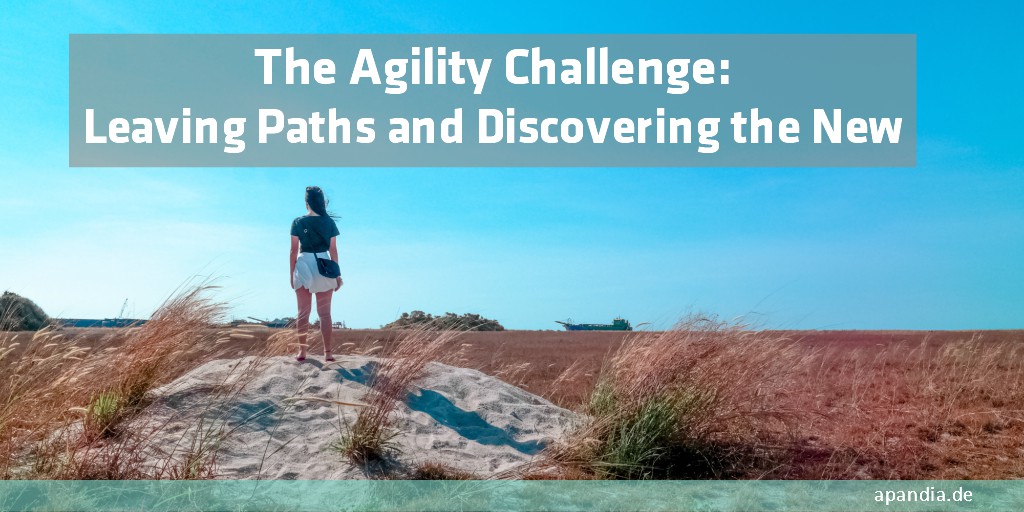 What are the advantages of agile digitalization in these examples?

In the case of the conversion from serial terminals to PCs in the network, it is very striking. Instead of carrying out the conversion on all workstations at once, only those workstations where it is necessary are changed over and first of all checks how it works. At that time, networks were quite unstable and it is highly probable that they would not have been further networked from this moment on. If, however, the network had continued to network step by step, the decreasing productivity would have been determined. In the end, investments were made in a measure that resulted in a 30 % loss of productivity.

What does standard business software have to do with agility?

Probably nothing, but nothing at all. In the 1990s and beyond, many companies forced their processes into the corset of a standard. This was certainly legitimate at the time, since a standard software introduction was supposed to be faster, but current tools offer the possibility to implement individual processes quickly. You are the added value of most companies. They don’t start and stop at the server. They have to support the people they are supposed to live and they are constantly changing, especially in our times.

For example, agility means offering customers fast and flexible opportunities to get in touch with us. Not long, large, rigid projects are not planning to pass the need. Instead, we develop small tools that can be implemented in a short time. New social networks, messengers or devices are constantly changing. And please, make the solution mobile.
Inhouse means being able to react to new situations at any time, even in projects, and to change the course of action if there is a better solution than planned.
It is no longer possible to complete a project in such a way that it is outdated after completion. Either because it is technically outdated or because the users (customers or employees) do not find themselves in the solution because they are not involved in the development process.

Target groups involved in the process of creating a solution are a yardstick for determining whether the solution can work. People who have been involved will carry the result and greatly simplify the change that takes place.

And if you realize during the work that one thing doesn’t work and the result doesn’t meet your expectations, you have to stop and test a new way at this very moment.

And the end of the story?

Many years have passed since then. Despite the presence of exposed products, the company has slowly but steadily disappeared from the market and, together with its independent European sales partner, has moved to another company.

I also have a relaxed contact with another client, whom I looked after at the same time. This was much smaller at the time, but it has always continued its agile way. It is certainly not only IT, but the customer is now also well positioned internationally.

The term combination „Agile Digitalization“ is really Buzzword-Bingo. Digitalization is taking place and we cannot deny agility. Where it makes sense, agility is required by the entire company. Being agile means being able to define how you want to meet your customers‘ needs with the best possible offers. Acting instead of reacting and following the market. Internally, it means providing the best possible support for my employees, so that my processes meet these and the market requirements. And use the resources of customers and employees. Because whoever is allowed to participate in the design stands behind the solution. In addition, market conditions are changing at a rate that requires rapid action and flexible solutions.

PS: By the way, if anyone is still bothered by the lack of comprehensive documentation: I have written and accompanied some documentation in 30 years. Believe me, people end up picking up the phone, not the documentary. And if they helped develop it themselves, they don’t need the documentary anyway. But that’s just a side note…

We support you with digitalization

Send us a short message and we will contact you.